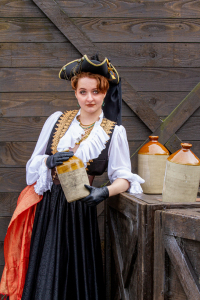 To book your session now, give us a call or fill in our online form.

Dundee Photographics can show you old Dundee with stunning images in colour and B&W. Neo-Gothic Architecture, Historical buildings, Factories and Jute Mills from the Victorian and Edwardian Era. Old Dundee.The Unicorn, oldest warship still afloat in Victoria Docks and not forgetting RRS Discovery research ship sailed to the Antarctic by Robert Falcon Scott in 1912. With top quality photographs created for your brochures, online and editorial use. 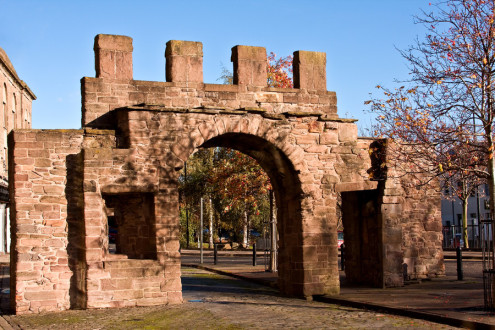 The Wishart Arch is the name given in more recent times to a remnant of the 16th Century city walls of Dundee around a gateway, the East Port or Cowgate. Situated in a street, still known as the Cowgate, Most likely built when Dundee was fortified around 1590, its survival is due to its probably mythical connection with the Protestant reformer George Wishart (1513-46), whose is said to have preached from the structure in 1544. 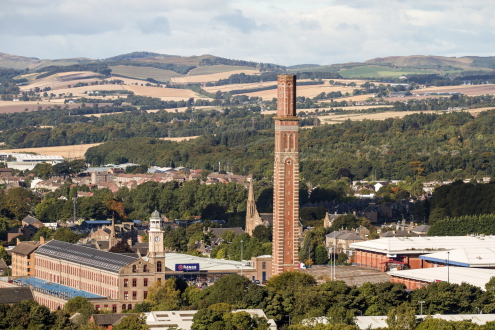 Dundee was once a thriving industrial and trading port manufacturing Jute,Flax and Linen employing 50,000 weavers between the 1700`s & 1900`s. Those days have long gone now and what is left are abandoned Mills and Factories some derelict ready for demolition. Others are Listed Buildings which have been restored and renovated into office blocks and housing such as The Cox`s Stack and Camperdown Works at Lochee and the Baxter Brothers. ﻿Tay Works, The Old Mill, Verdant Works and William Halley & Sons Ltd. 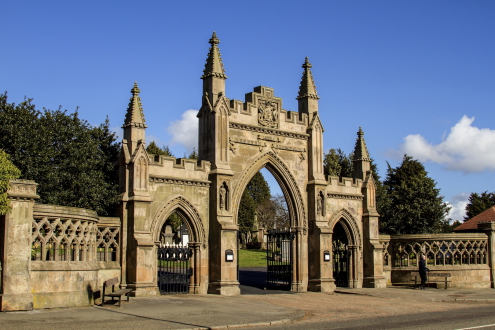 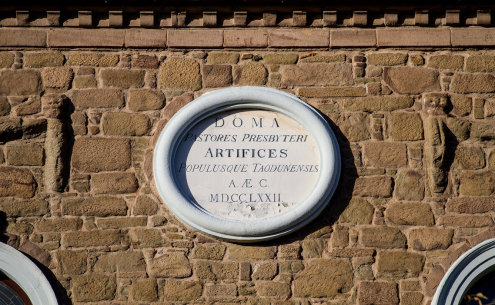 St. Andrew's Parish Church in Dundee, Scotland has an interesting history, dating from 1774. St Andrew's Parish Church stands back on rising ground. Its front garden is landscaped and leads to the junction of the Cowgate. It is enclosed on all other sides by walls of varying height and the Glasite chapel to its east. However, clear views are obtained from a raised path to its north. Researched and written by K. Nichols. Inaugurated 1772 with completion of the sandstone building two years later to a design by Samuel Bell. Also known as the Trades Kirk, it was built as a symbol of the growing wealth of the Nine Trades in the city and retains that atmosphere within the banners, chairs and stained glass windows. It is in a prominent position, with gardens to the front and the historic 'Kail Kirk' to its side - a Glasite kirk, built 1777 and now used as a church hall. St. Andrews is a large rectangle, possibly harled after completion, and its design may derive from James Craig, designer of Edinburgh's New Town. Fine stone dressings are set against the rubble-built core, with twin Venetian and semi-circular arched windows. The impressive 139ft steeple progressively reduces in size and has a number of bells. 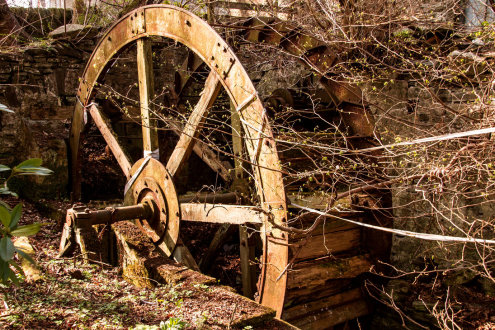 The "Old Watermill Mill" on the Dighty burn at Balmuirfield along Harestane Road in Dundee. The Dighty provided power for industry from at least the 16th Century when grain mills were recorded here. In the 17th Century mills were involved in the waulking of woolen cloth, and bleach fields were also established at this time, some of which persisted until the 20th century. There may have been 56 mills on the river at one point in the 18th century. 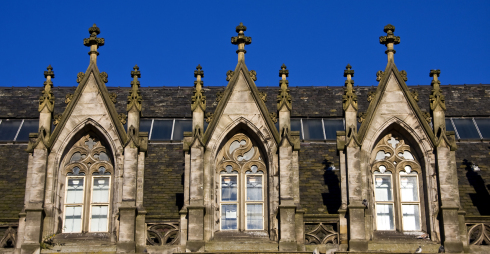